Hi, my name is Pam Schuirmann and I have been a catechist for about 8 years. I first became involved when my kids were still young enough to attend VBC. After teaching at VBC for a few years I was asked to teach 3rd grade for the Elementary Family Faith program, and I have been teaching ever since. I also teach Children’s Liturgy every Sunday at 11:30 a.m. Mass. I’m married, have six kids, three cats and a dog. My family is pretty involved with our church.

My husband Joe oversees the lectors and you have probably seen him at the 11:30 mass. My older kids, Kyle & Ryan were both part of the Contemporary Choir all throughout high school and my daughter Piper along with Ryan also belonged to the Bell Choir. London was an Altar Server from 4th grade until he graduated high school two years ago, and my twin daughters Abby & Chloe are still Altar Servers. They have two more years to go!  Along with teaching catechism and Children’s Liturgy, I also Eucharistic Minister, am a Festival Committee Chairperson and am the Office Manager here at St. Malachy.

When I’m not volunteering here or at one of the many cheer competitions for my daughters, I enjoy spending time in my pool, taking my dog for walks with my husband or sitting by a roaring bonfire making and eating s’mores. My Catholic faith has helped me through many tough times in my life. My son Ryan is serving in the Navy and it is my relationship with God that has helped me get through the long months of his deployment. It is such an honor to be able to teach all of you about how incredible God is, and I can’t wait to get started. 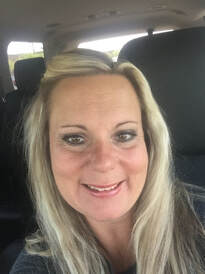 Hi there and welcome to the St.Malachy religious education program. I will be teaching sixth grade this year. Here’s a little bit of background info on me:

I am a mother of two wonderful children, Kaitlyn who is 13 years old and is going into 8th grade, and Brandon who is 11 years old and going into 6th grade…his first year of middle school. I’ve belonged to the St. Malachy parish now for almost ten years, and I’ve assisted with the religious education program the past three years.

Last year I taught the fifth grade religious education program, and I also taught the VBC (Vacation Bible Camp) program that St Malachy offers. I am fortunate enough to be a stay-at-home mom, which helps me to get my household activities done during the day so that I can devote 100% to my kids after school and in the evenings.

As a family, we try to stay as active as possible, while trying to be kind, good, caring people while continuously growing and sharing our Catholic faith.  I am so thankful and grateful for all the blessings that God has provided for us. And even though we are going through some very difficult times currently, I am very excited to be teaching, enhancing, and expanding your children’s Catholic faith this year. I will do my very best to assist your families in any way that I can, and I am looking forward to meeting all of you and learning about each of the seventh graders and their families as well.

My name is Nicole Walker. I am the mother to a sixth and fourth grader, a wife of 13 years and we have four animals! I love to learn and read; this has given me the confidence to lead children in learning about the Catholic faith. As a Catholic, we have so many saints to be honored with, and as we learn about what made them great, I pray we all may learn to have the confidence to be the greatest as well! 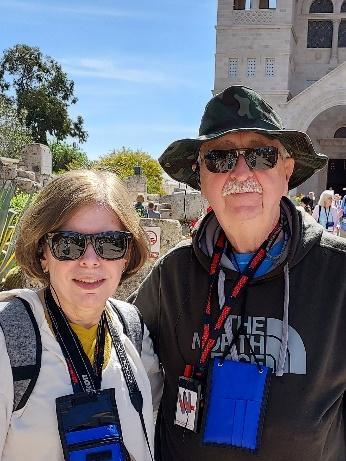 Fond memories of attending weekly devotions with my family…visiting various churches with Busia “Frontenac” and aunts to attend processions in honor of the Blessed Mother…living with my prayerful Busia “Elmwood”…have all instilled in me a love for our Lord and His beloved Mother.

I am blessed! Opportunities for travel have allowed me to see the greatness of God the Creator.

I am blessed! My family, husband, George, daughter Susan, son-in-law Kurt and precious grandson, Finn…they are the love of my life!

“Lord, open my lips, and my mouth will proclaim your praise.” 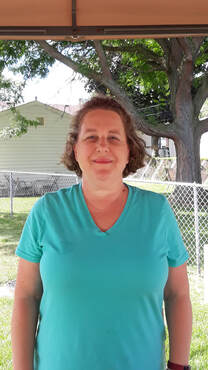 I grew up at St. Malachy as my family has been part of the St Malachy community for over 40 years. We are currently involved with the Summerfest Committee as Chairpersons of the Doll Booth. I am the mother of 2 children, Kat and Alex, who both participated in the Family Faith Program. I enjoy spending time with my kids, watching NASCAR, and crocheting.

My Catholic faith is a source of strength for me to recharge myself when I feel overwhelmed, and the extended family I have at church always brightens my days.

My name is Kathleen Krull. I have been a parish member at St. Malachy for at least five years.  I have two beautiful children and love playing board games, watching movies and being outside with them. I also love to read, craft and learn. My first experience as a catechist was at St. Sylvester where I fell in love with sharing my faith. I was also a catechist at St. Anastasia, and I have been a catechist for the preschool/kindergarten level at St. Malachy for the past two years. I am looking forward to working with the kindergarten level this year. One reason I love my Catholic faith is its universality; knowing that anywhere in the world I could find sisters and brothers in faith is comforting to me. I also appreciate the depth and richness of the Catholic faith and I love sharing it with others. 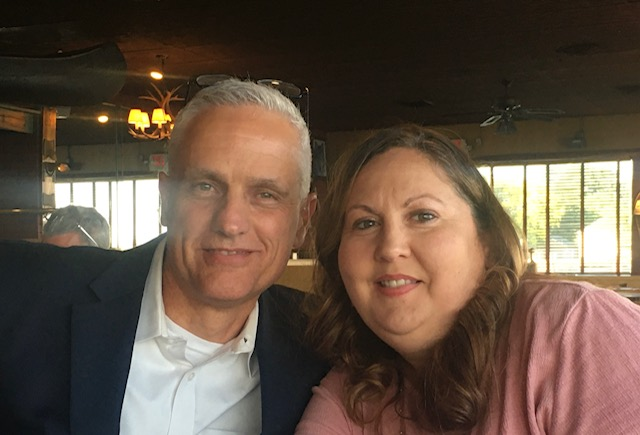 My husband and I have been married for 27 years and have four children.  Grace – an EMU graduate, Zachary – a Kettering graduate, Elijah – currently trying to figure it out, and Faith – a sophomore nursing program student at MSU.  We enjoy spending time with our family at our cottage in Higgins Lake and also our condos in Madeira Beach, Florida.
One of the reasons I love the Catholic faith is the sacrament of the Eucharist.  The beauty of receiving Jesus each time we go to communion – we have the constant reminder of God’s love for us by remembering the sacrifice Jesus made for us! It’s the traditions that we have that sets us apart and yet keeps us universally connected.  We are all a part of a bigger family and that is such a beautiful gift. 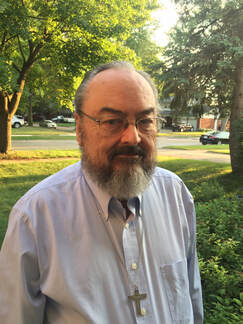 Twenty-one years ago, I was what one might call a lukewarm Catholic.  My wife and our two children attended Mass every Sunday, but my Faith was on or off, depending on where I was.  Then one day in August of 1999, I visited a Shrine to Frances Xavier Cabrini in Chicago where I was working on a renovation project (I’m an architect) in the Hospital where the shrine was located. My prayer was timid and simple. I knelt down in the room in which this saint had died and said… “Saint, that I have never heard of before, please carry my prayer to the Lord.  I am not a bad man, but I could be a whole lot better.”  Suddenly I felt as if the room was filled with spirits. I did not know if they were good or bad spirits. I felt very unworthy of being in that place at that moment. My head began spinning and I thought I was going to faint. Just as suddenly, everything returned to “normal”. But as I left that place, I saw a counter in a nook I hadn’t noticed before, at which a kindly old lady was selling prayer cards, rosaries and books.  I purchased two books about Saint Frances Xavier Cabrini, and later that day left for home.  As I was flying back to Detroit, I took out one of the books and read about this woman. She was born 100 years before me and had founded hospitals and orphanages and other facilities.

When I arrived home, my wife said that Jo Marjan from St. Malachy had called and wanted to know if I wanted to become a catechist. I said something to the effect of where would I find time to do something like that and sat down with my book about Mother Cabrini. In the next moment, the phone rang again, and it was Jo Marjan. She asked me about becoming a catechist and I began to reply that I could not…. but suddenly I heard myself saying… “I’d be delighted.” After I hung up, I looked at my wife and asked… “Where did that come from?’  A few moments later, I picked up the book about Mother Cabrini and read that in her earliest years she had been a …. TEACHER.  Always be knowledgeable about any Saint you may ask to be your intercessor.

Well, if you’re going to teach, you must know your subject. So, I read, I watched EWTN at all hours, I bought videos and I prayed. Since that time, I made a Cursillo weekend, then became the editor of their Newsletter. I joined a group that visits incarcerated teenagers in detention facilities in Detroit and Highland Park. Father Joseph Gembala asked me to be a representative for St. Malachy at Synod 16, and then he asked me to become the Parish Coordinator for Evangelization……but my first love is (still) watching the face of a twelve year old realize Who Jesus is, and that the greatest Gift they could receive has only just begun. 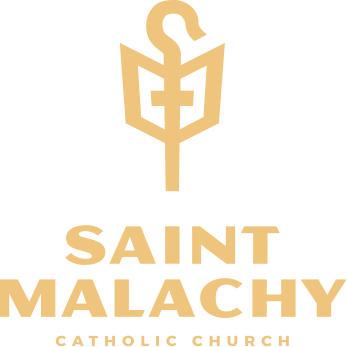